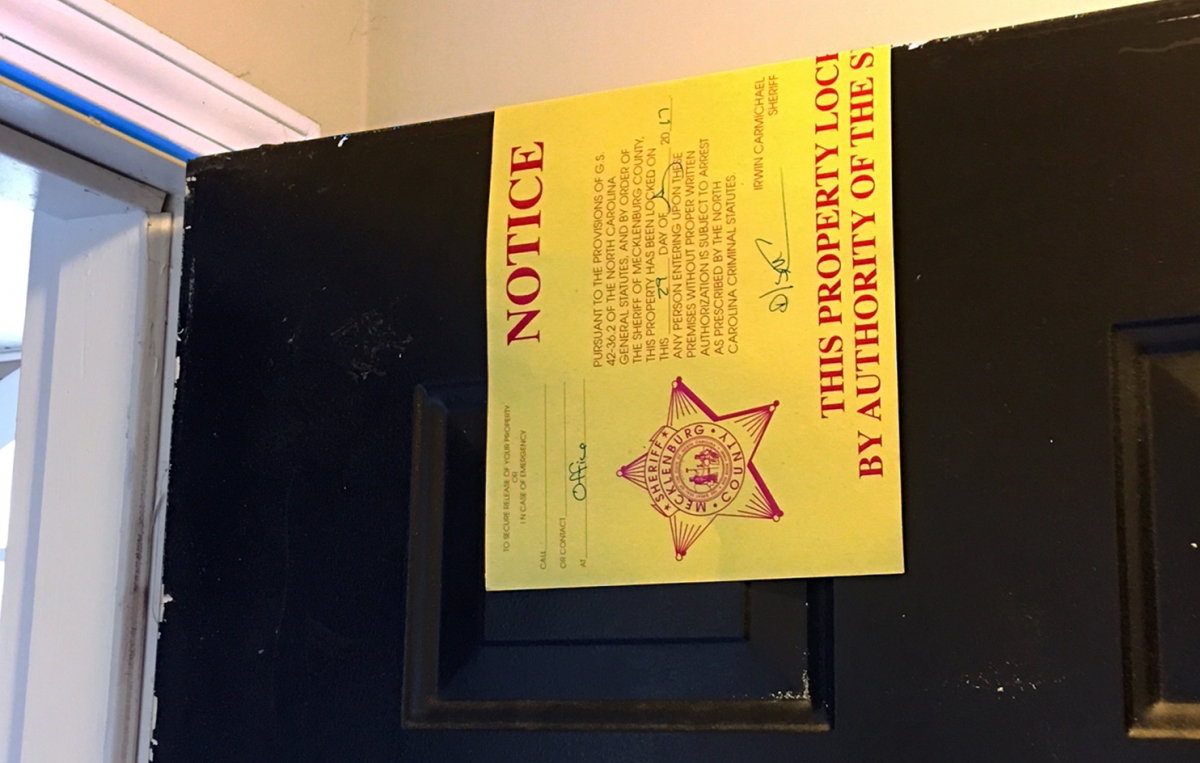 Mecklenburg County provides resources to support the work to end and prevent homelessness in the community and collaborates with other public and private partners to promote housing stability for all residents.   This includes funding for the Housing Instability & Homelessness Report Series, which is designed to better equip our community to make data-informed decisions around housing instability and homelessness. The report series, now in its fourth year, was initiated by the Housing Advisory Board of Charlotte-Mecklenburg in 2014.

This new report marks the first time local eviction data have been mapped, showing where evictions occur and exploring characteristics of neighborhoods with high and low rates of evictions.

A formal eviction involves a legal process in which a landlord attempts to regain possession of a leased premises from a tenant. The eviction data in the report series refer to formal evictions, which is likely an undercount of all evictions that take place in Mecklenburg County. Evictions can also be informal – outside of the legal process – which can include when a tenant is forced to move because a landlord increases their rent substantially or defers maintenance on the unit, or when the property is demolished for redevelopment.

WHAT WILL BE COVERED IN THE NEW REPORT?

The data in the new report center around two important parts of the eviction process:

Here are the three main components that will be covered in this report:

Understanding the role that evictions play in the cycle of homelessness and poverty is critical to advancing solutions that effectively address systems and policies that both perpetuate the problem and provide a path forward.

An electronic copy of the report can be found here, following the public release on March 20, 2018.

Courtney Morton coordinates posts on the Building Bridges Blog. Courtney is the Housing & Homelessness Research Coordinator for Mecklenburg County Community Support Service. Courtney’s job is to connect data on housing instability, homelessness and affordable housing with stakeholders in the community so that they can use it to drive policy-making, funding allocation and programmatic change.