The State of Housing in Charlotte-Mecklenburg 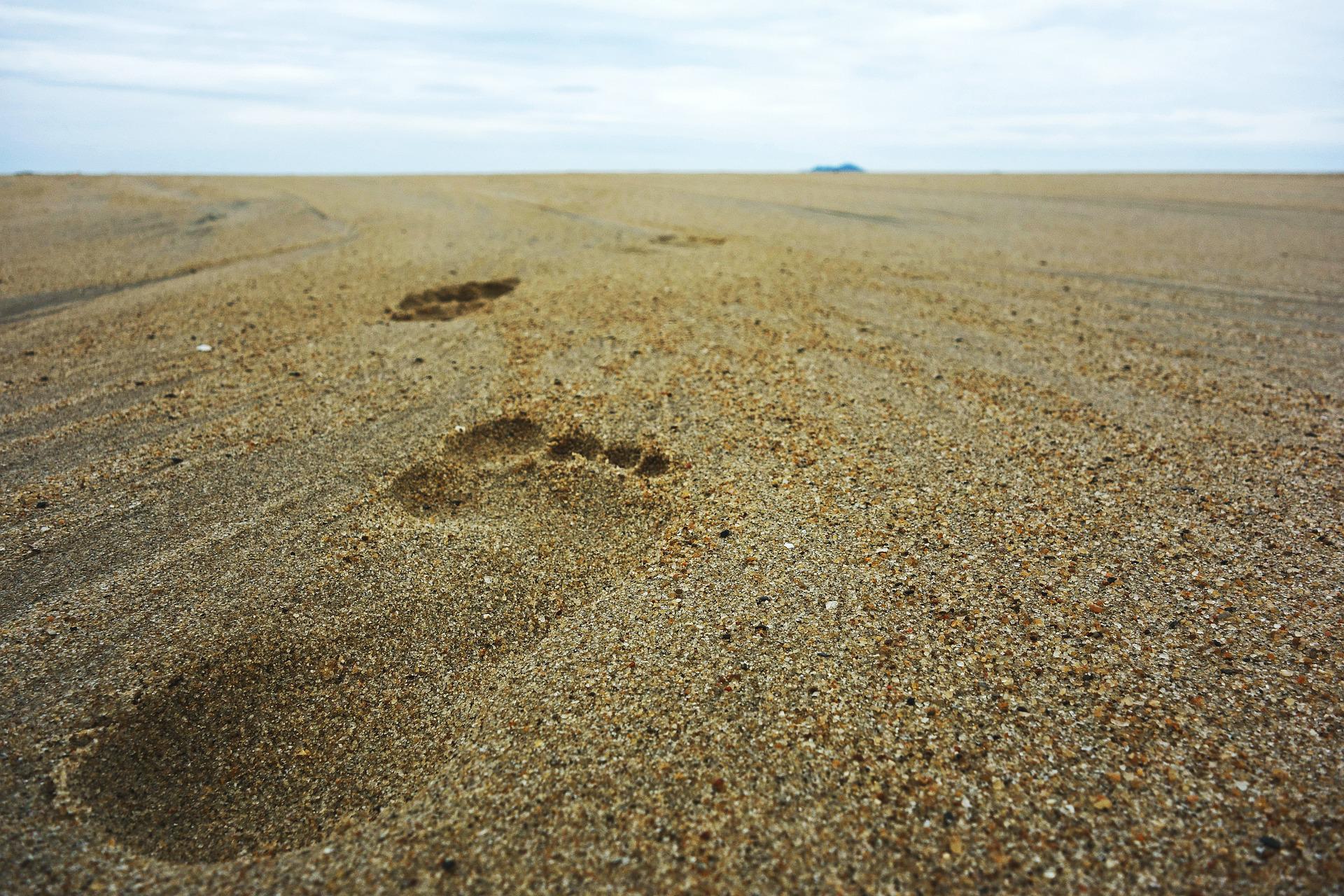 As part of the new monthly series on the state of housing in the community, today’s blog consists of two primary components: a high-level summary of the latest data and trends on housing instability, homelessness, and affordable housing; and a curated list of relevant housing-related news and research from the month prior. Together, these items are intended to keep all stakeholders in the community informed about both the challenges and the solutions related to addressing the problems of housing instability and homelessness.

WHAT HAS CHANGED? THE STATE OF HOUSING, THIS MONTH

This new format provides a high-high-level overview of the trends and latest numbers regarding the demand for affordable housing (which translates to housing instability and homelessness); and the supply of affordable housing in Charlotte-Mecklenburg. More information, including other analysis and data, is provided available by clicking the links below.

This new feature offers a curated list of news, stories, data and research collected during the previous month that illustrate relevant challenges as well as solutions regarding housing instability, homelessness and affordable housing. All items are accompanied by a summary of what it is and why it matters; and links are provided to learn more information.

This month, the curated list is solely focused on applying the takeaways from the comprehensive June 14, 2022, New York Times article by Michael Kimmelman detailing the efforts to end and prevent homelessness in Houston/Harris County, Texas.

How Houston Moved 25,000 People from the Streets into Homes of Their Own (New York Times)

This article provides an in-depth look at Houston’s efforts to address homelessness, including a check-in on the current state as well as a look back at how they got here. This is not the first article to spotlight Houston’s homelessness-related efforts; in December 2020, the Houston Chronicle published an article from journalists at the Howard Center for Investigative Journalism, based at the Walter Cronkite School of Journalism and Mass Communication at Arizona State University. The 2020 article, which is linked in last week’s New York Times story, compares the systems-focused work (and outcomes) of Houston and San Diego. Following are some of the key takeaways from the New York Times article as well as analysis on lessons learned for Charlotte-Mecklenburg.

#1: It’s about Houston [AND] Harris County

While the headline goes to “Houston,” the article underscores how essential collaboration and coordination between and among public and private entities in Houston and Harris County have been to achieve progress at all. Examples include coordination among frontline staff addressing street homelessness; local government bodies working together; and the fact that the local Continuum of Care (CoC), which is called The Way Home, has a regional scope, serving not just Houston but also Pasadena; Harris County; and neighboring Fort Bend and Montgomery Counties.

In addition, Kimmelman spotlights the success of other community efforts (like Atlanta’s) that have attempted to replicate Houston’s collaborative approach, as summed up in the following statement from the Atlanta-area CoC director: “When you get the public sector aligned, it becomes much easier to go the private sector and say, ‘Join us.’” Finally, the article underlines the importance of working together across municipal and geographic boundaries to effectively combat homelessness. Shifting people across invisible lines by means of policy, funding, or programming decisions doesn’t solve the actual problem.

The National Low Income Housing Coalition (NLIHC) reports that the Houston Metropolitan Statistical Area (MSA) has only 19 affordable and available rental homes per 100 extremely low-income (households with income that is less than 30% of Area Median Income) renter households; in contrast, the Charlotte-area MSA (Charlotte-Concord-Gastonia NC-SC) has 33 affordable and available units per 100 extremely low-income households. The Houston MSA gap was the fourth most severe among large metro areas in the country last year. Looking at the just the deficit of units, the Charlotte-area MSA has a 45,130-unit gap of affordable and available units for extremely low-income households compared to the incredible Houston MSA deficit of 173,455 units.

Housing first, which is supported by decades of research, is when permanent housing is provided “first” without preconditions like sobriety or employment. The New York Times article offers a succinct and impactful description of the housing first philosophy:

“When you’re drowning, it doesn’t help if your rescuer insists that you learn to swim before returning you to shore. You can address your issues once you’re on land. Or not. Either way, you join the wider population of people battling demons behind closed doors.”

Kimmelman goes on to describe the impact that employing housing first across the system has had in the community from public agencies, local service providers, corporations, and charities. Furthermore, the article even calls out Houston’s success with rapid re-housing, which is another permanent housing intervention that combines a short-term subsidy with supportive services while using a housing first approach. According to the article, 75% of individuals who have been rapidly re-housed in the Houston area have remained housed afterwards.

Like Houston-Harris County, much of Charlotte-Mecklenburg, including funders and providers, have embraced the concept of housing first when deploying permanent supportive housing and rapid re-housing. And, just as in Houston-Harris County, most individuals in Charlotte-Mecklenburg who are placed into permanent housing stay housed. Housing First [with a capital “H” and “F”] is also used to describe the permanent supportive housing model employed when serving households experiencing chronic homelessness. Permanent Supportive Housing is the combination of long-term housing (either the unit, itself, or a subsidy) with supportive services. To read mode about both forms of housing first and its effectiveness locally, check out the UNC Charlotte study linked here.

#3 Exits to Homelessness are only Half of the Story

According to the New York Times article, 25,000 people experiencing homelessness have moved to permanent housing over the course of 10 years. While it is still progress, it is important to note that this total translates to only 2,500 people per year. When you put that number into the overall context of need, the result is sobering. Consider this: the 2020 Houston-area Point-in-Time (PIT) Count identified 3,974 people. The PIT Count only captures the total homelessness count for one night; as a snapshot, it does not account for other individuals who might become homelessness during the course of the year.

Charlotte-Mecklenburg uses One Number data to understand progress (or lack thereof) toward addressing homelessness. As indicated in the trends earlier in the blog, One Number data shows that homelessness is growing even though more than 7,200 individuals have moved to permanent housing since August 2019. This equates to an average of 226 people moving to permanent housing per month. However, during the same period an average of 551 people became homeless each month. These numbers underscore the need to both expand the inventory of affordable and available housing units and focus upstream on the prevention resources that will help keep people housed.

At the end of the article Kimmelman reflects, “This was Houston’s homelessness story in a nutshell, I realized.” He then relays a statement from Marc Eichenbaum, the Houston mayor’s special assistant for homeless initiatives:

“Housing people is a slow, extremely complicated, incremental process that requires all hands on deck, all the time, if you don’t want to settle for the status quo, much less go backward. […] Everyone has to come together around the table.” At bottom, patience and a commitment to opposing the status quo is mandatory.

Securing dedicated resources is the other necessary ingredient; for Houston-Harris County, this has been a gamechanger. Kimmelman details much of it in the article, starting with what it looked like before changes occurred; that period was marked by silos, mismatched resources and inventory, and large housing authority wait lists, with agencies competing rather than working in unison. In 2012, Houston was selected as one of 10 cities in the United States to receive resources and expertise to address homelessness. They benefited from subject matter expert and change agent, Mandy Chapman-Semple, who helped turn the ship around. And it did turn, as the article goes on to depict. In January this year, Houston and Harris County shared they are joining a federal initiative that will leverage $100 million in federal, state and local funding to halve the number of people experiencing homelessness by 2024.

Kimmelman’s response is helpful: “It may seem surprising that, of all cities, Houston – built on a go-it-alone oil business culture – decided to tackle homelessness by, in effect, collectivizing its homeless relief system. Houston is a business-friendly city in a purple county in a red state, with more than its share of neighborhood housing covenants. But Houstonians will tell anyone willing to listen that they are nothing if not pragmatic.”

In February 2017, a delegation of City, County and non-profit leaders and staff from Charlotte-Mecklenburg ventured to Houston to meet with counterparts there ahead of a national conference on family homelessness. The participants had the opportunity to meet the subject matter experts included in the New York Times article, including Mandy Chapman-Semple. They also heard other anti-status quo innovations, like deploying all public dollars for permanent housing and using the private sector to fund temporary shelter; and leveraging the expertise of a single entity (like the housing authority) to administer other non-voucher subsidies in the community, thereby streamlining disparate organizational processes.

In November 2017, the Homeless Services Network (HSN) brought Mandy Chapman-Semple to Charlotte-Mecklenburg for a community presentation on “Big Solutions for Housing and Homelessness,” with a focus on “systems change, funding alignment, and innovative practices across the areas of housing instability; homelessness; and economic mobility.” In addition to HSN, the presentation was sponsored by Mecklenburg County, City of Charlotte, United Way of the Central Carolinas, Foundation for The Carolinas, and Goodwill Industries of the Southern Piedmont.

Fast forward five years later, to 2022. Charlotte-Mecklenburg has made progress on changing systems, by first changing how we think about the problem: from pieces and parts to the entirety of a system. A system that consists of everything from healthcare to education, employment, transportation, and recovery. A system that implicates everyone. A system that, if properly aligned, could benefit the whole of the community. Most important, a system that could, ultimately, lead to A Home for All.