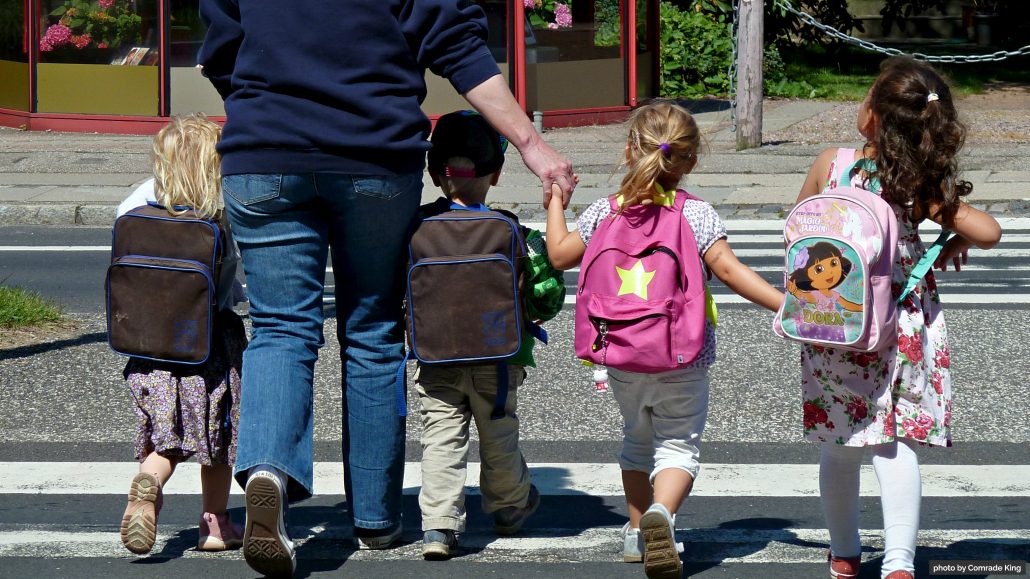 The National Center for Homeless Education (NCHE) at the University of North Carolina at Greensboro released a new report in January on student homelessness in the United States. The annual report, Federal Data Summary School Years 2015-2016 to 2017-2018: Education for Homeless Children and Youth, provides information on students who experienced homelessness and were reported in public schools over a three-year comparison period.

This blog post unpacks the definition used to measure student homelessness, highlights some of the key findings from the report and discusses what these findings could mean for Charlotte-Mecklenburg.

The Education for Homeless Children and Youth Program (EHCY) was authorized under Subtitle VII-B of the McKinney-Vento Homeless Assistance Act. Its purpose is to ensure that students who experience homelessness have equal access to educational services and resources. The definition for homelessness used by the U.S. Department of Education (ED) is broader than the definition used by the U.S. Department of Housing & Urban Development (HUD), which sets the parameters for activities and funding for programs like the Continuum of Care (CoC) and Point-in-Time Count.

KEY FINDINGS FROM THE REPORT WITH CONTEXT USING LOCAL DATA

The NCHE report breaks down the type of homelessness experienced by students. At the point of identification by school district liaisons, most (74%) students experiencing homelessness across the United States were doubled up with family and/or friends due to the loss of housing, economic hardship or a similar reason. A small percentage (12%) experienced homelessness in shelters.

Using data from the Charlotte-Mecklenburg Housing Data Snapshot, there were 178 unaccompanied youth (between the age of 18 and 24) actively experiencing homelessness in Charlotte-Mecklenburg as of December 31, 2019. This number has almost doubled compared with the total reported in June 2019.

It is important to know and understand how each individual housing or homelessness data point defines the scope of the problem as well as how different data points can be used together to identify solutions.

We must also understand how the policies and resources from different sectors, including housing and education, can be used together to support sustainable, systemic solutions. The U.S. Department of Education and the U.S. Department of Housing & Urban Development have been engaged in interagency coordination through the U.S. Interagency Council on Homelessness (USICH) to address housing instability and homelessness for over 10 years. This coordination is also critical at the local level. The Charlotte-Mecklenburg Continuum of Care has a board comprised of representatives from housing as well as other sectors including education.

The NCHE report outlines suggestions for strengthening coordination across service sectors to help improve housing and educational outcomes for children and youth experiencing homelessness. Additional resources from the USICH are provided below: