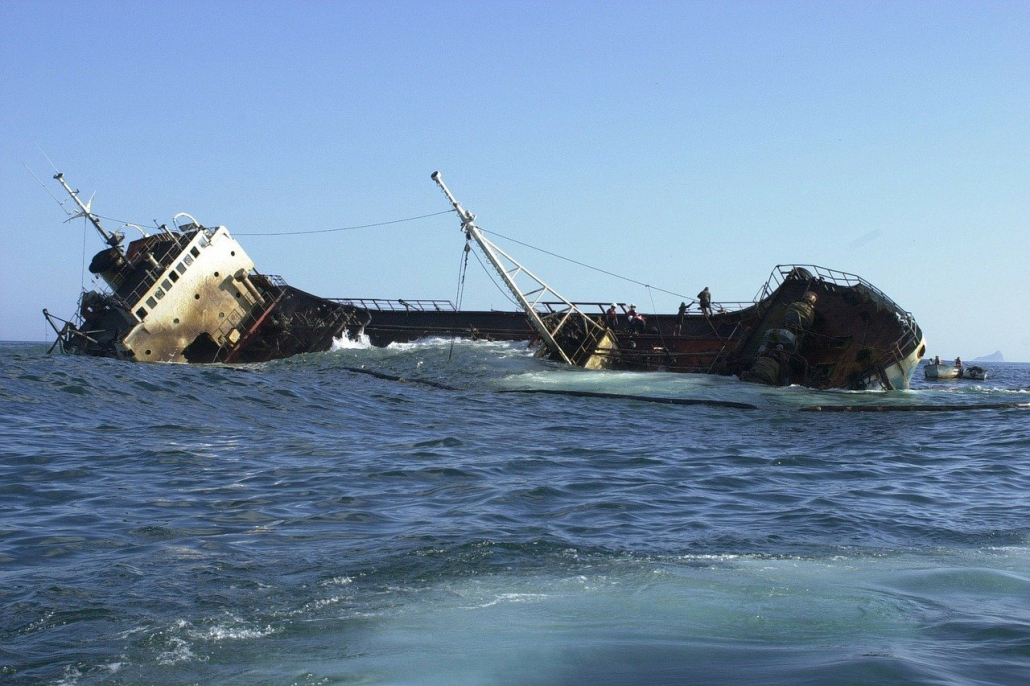 On August 27, 2020, the Building Bridges blog post shared the most recent Housing Data Snapshot, including a high-level overview of the latest trends.

The Housing Data Snapshot has three main sections: the One Number (total number of people actively experiencing homelessness); By-Name List breakdowns from the One Number for veteran and chronic homelessness (inflow, outflow and housing trends); and Coordinated Entry data (total number of callers and assessments seeking housing assistance). Considered together, the Housing Data Snapshot provides the most up-to-date information on housing and homelessness in Charlotte-Mecklenburg.

This week’s blog post will take a deeper dive into the August 2020 data update; explain any trends; and discuss possible implications for Charlotte-Mecklenburg.

The table below provides an overview of the August 2020 data:

The August 2020 total for the number of people actively experiencing homelessness is the lowest it has been in almost twelve months. Since February 2020, which was pre-COVID-19, the total number of people actively experiencing homelessness each month has decreased. The current total stands at 2,782 individuals. A quick look at this trend might lead one to think that homelessness is decreasing; it is not. In fact, the opposite is true. Why is this so?

The total number of people included in each month’s One Number is a snapshot as of the end of the month prior. For example, the data reported in the August 2020 update is accurate as of July 31, 2020; the data reported in the July 2020 update is accurate as of June 30, 2020; and so on. The total in July 2020 was 3,111; in August 2020, it was 2,782. The net difference from month to month is entirely due to two factors: inflow and outflow. When an individual is no longer in contact with the homeless services system, after 90 days they are removed from the report. As a result, the total One Number may appear to decrease when there is a large enough group of individuals who are no longer active from one month to the next. This is like unemployment data reporting: the unemployment rate is based upon the number of people who are both unemployed and engaged in job-seeking activities. Individuals who continue to experience unemployment but are no longer seeking employment cease to be reported in subsequent months. This similarly means that decreases in the unemployment rate should be interpreted with caution.

Below are two charts with historical inflow and outflow data that include the sub-categories: 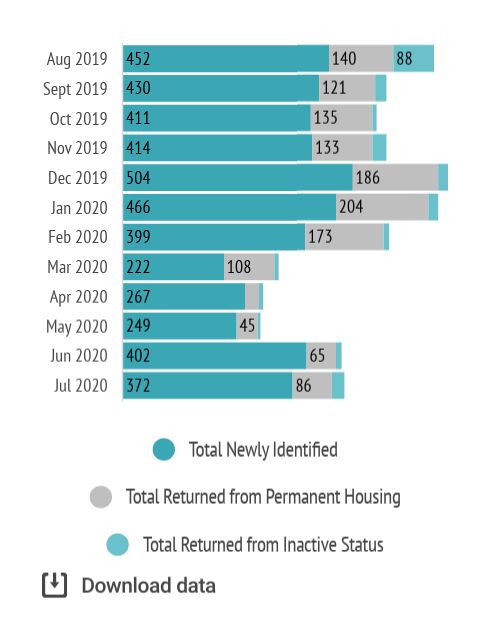 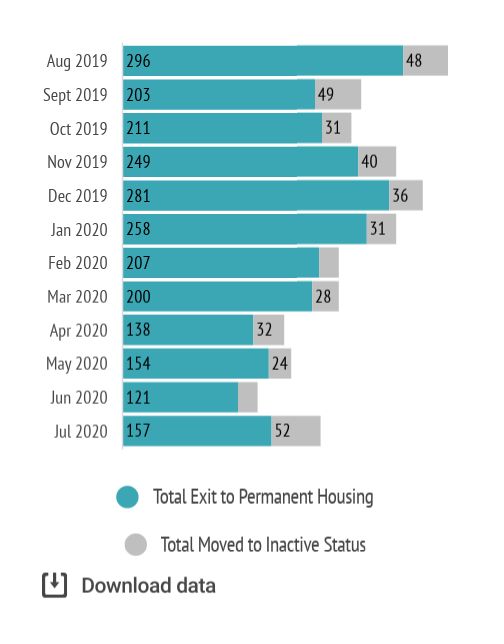 The most recent month’s data update shows a total inflow of 485 while only reporting a total outflow of 209. This means that there were 276 more individuals who entered homelessness than who were able to exit from homelessness. This data has been reported monthly since August 2019. Throughout, there has never been a single month in which outflow has outpaced inflow.

Of the total inflow, 77% of those households (372) were new to homelessness; 18% (86) returned from permanent housing; and 5% (27) returned from inactive status. This means that most people entering homelessness are doing so for the first time in the past two years, thereby underscoring the connection between housing instability and homelessness. The composition of inflow has also been consistent since the first update in August 2019.

There are two major takeaways from the One Number data: there are 2,782 individuals actively experiencing homelessness right now; and homelessness is increasing. To fully appreciate the implications of this data, we will employ the following visual: Imagine a ship. The ship has a hole in its hull; the hole is tiny enough that it does not keep the ship from sailing. The ship is also overloaded relative to its capacity; it is, therefore, unable to support the cargo it is carrying. The ship proceeds from port to port, offloading cargo. But even while a small amount of the cargo is removed to the pier, even more is loaded aboard. As the ship becomes more and more overloaded, sails to its destination, the cargo is multiplying. As the cargo multiplies, the ship rides lower and lower in the water, and waves start to break over its decks. The once-tiny hole grows under the combined strain. The ship takes on more and more water, with no way to pump it out or rise above the breakers. Less and less of the ship is visible above the sea, its forward progress slows to a crawl, and it begins to sink.

On September 1, 2020, the U.S. Centers for Disease Control and Prevention (CDC) issued a nationwide moratorium on evictions. This protection, which lasts until December 31, 2020, covers renter households who meet certain eligibility requirements. There was been no additional financial assistance approved at the federal level to accompany this moratorium. This means that households may not be evicted, thereby addressing public health. But these households still have no means to cover any past due and/or future rent, which will eventually come due. The National Multifamily Housing Council reports that 92.1% of renter households across the country paid some or all of their August 2020 rent by August 27, 2020. This percentage was down from the month prior, and the date fell later as well.

The ship, our ship, is sinking. It was sinking before the COVID-19 pandemic, wherein it has become clear that housing is also public health; and will undergird any recovery from an economic recession. But, the extra dollars from unemployment assistance and stimulus checks are leaking out of the holes in the hull. Without additional assistance, a new wave of households who have fallen into homelessness will spill over our ship’s already overcapacity decks.

Mary Ann Priester is the Homeless Management Information System (HMIS) System Coordinator for the Charlotte-Mecklenburg Continuum of Care (CoC). She provides data quality, security, and privacy oversight for the local HMIS system and technical support and training to 25+ agencies that serve individuals and families who are homeless or at risk of homelessness. Mary Ann also oversees data collection for the Point-in-Time Count.